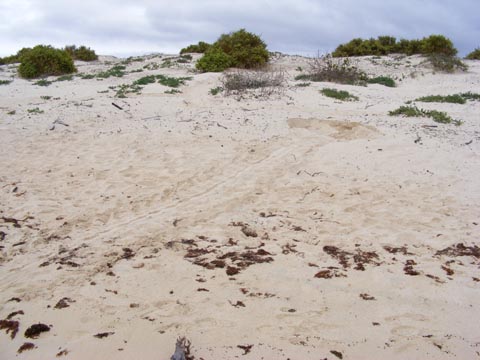 A sea lion (notice the ears) and a yellow warbler 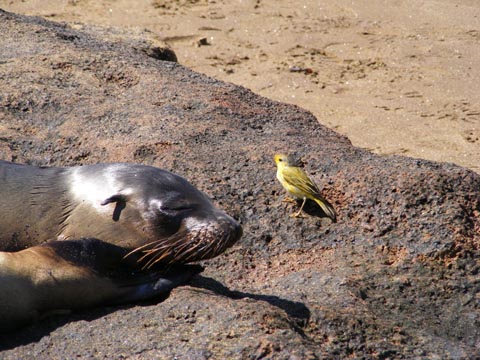 We snorkled for the third time at Corona del Diablo near Floreana Island. This was spectacular. There were all the kinds of fish we had seen before. In addition there were starfish - orange ones, blues ones, and some large black ones with colorful markings - sea urchins, coral, and many schools of small fish.

The Fragata cruised to our next destination while we ate lunch after the Devil's Crown. The captain called to us that there were orcas ahead. We rushed onto the deck and could see the fins and spouts in the distance. As we drew closer, we could see a cloud of frigatebirds and storm petrels circling and occasionally diving to try to get a share of something in the water. At close range, we saw a floating carcass - someone said it was a sea turtle - with two whales coming up around it. One orca came up only about 15 feet from the side of the Fragata. It was exciting!

I did not get any pictures of the orcas but one of the other passengers, Yoni Maslan did. Here are three of his photos: 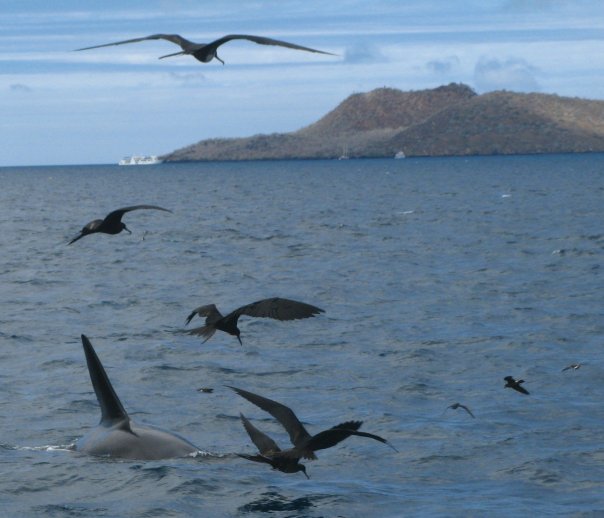 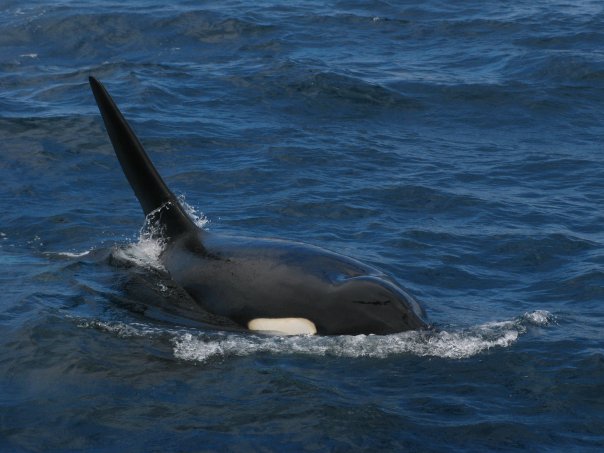 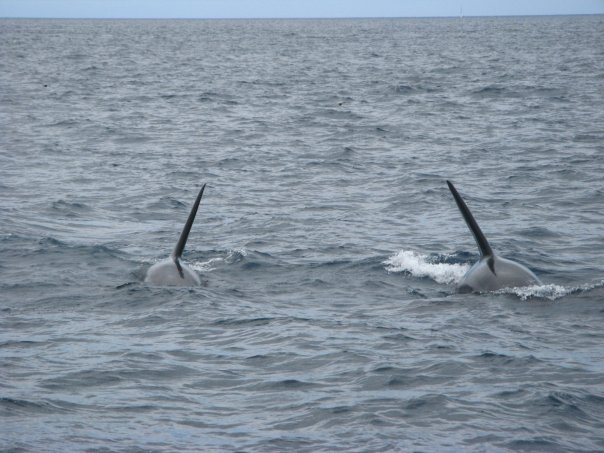 La Fragata's passengers at the Post Office. The post office is a tradition that goes back to the early days of whaling from New England. Ships from New England would stop here to pick up and leave messages in a barrel for people on other ships. A sailor might get a message from family sent via another ship months or years after he left port. The post office might also be used to exchange information on whaling success. 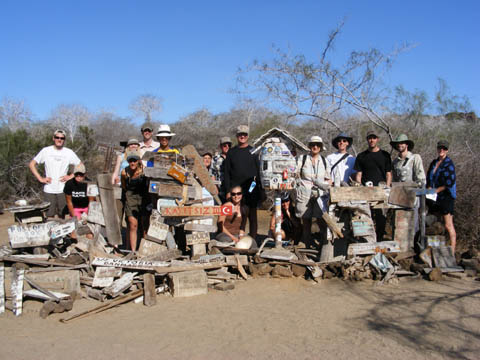 During the last night of our cruise, the Fragata took us north from Floreana to North Seymour, just north of Baltra Island which has the airport. 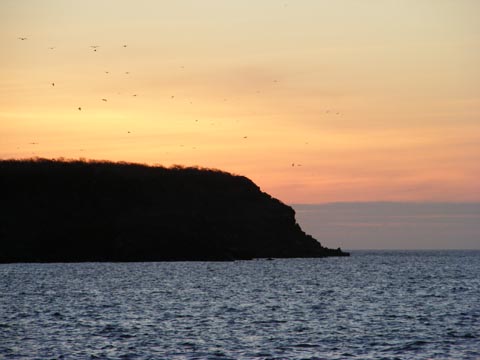 A booby chick shortly after sunrise on North Seymour. 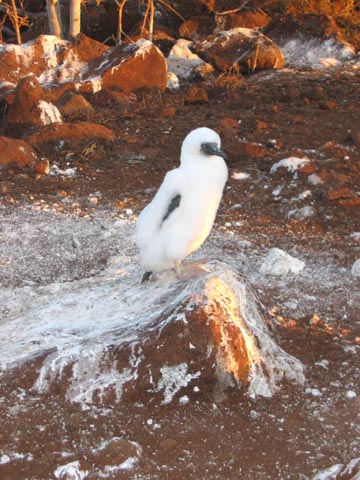 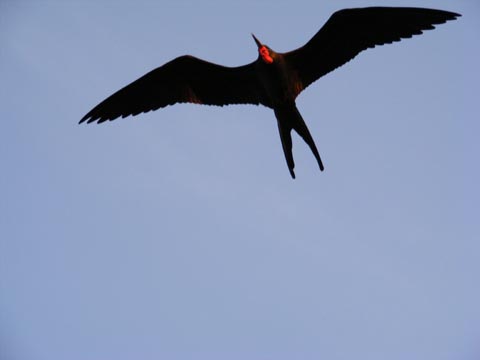 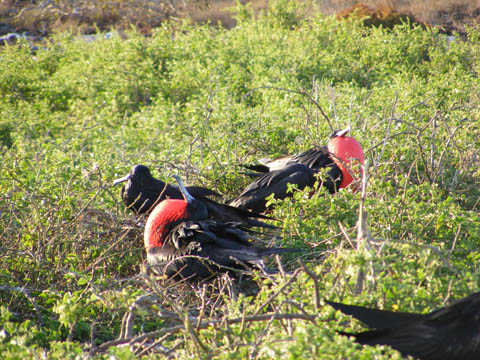 During breakfast on Friday, La Fragata took us back to the dock on Baltra.

Sea lions are not shy. Here they occupy two benches on the dock at Baltra. 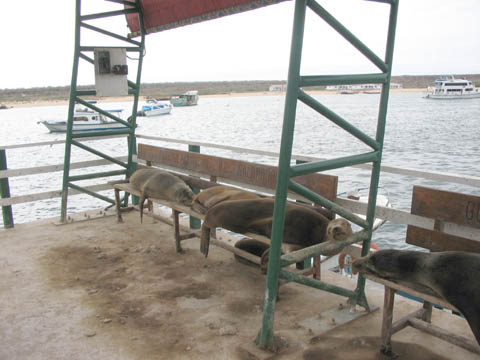 Thanks for visiting and please write.